Tashkent is the capital of Uzbekistan.

The ancient city harmoniously merges the spirit of modern times with its rich historical heritage. Tashkent has developed over 2,200 years of history. During this two millennia period, the capital city had various names ascribed to it: (Chach, Shash, Shi, Binkat).

Tashkent went through many significant events. It was part of Temurid’s state, Kokand khanate and Tsarist and the Soviet Russia. Nowadays, Tashkent is a beautiful capital of the independent republic of Uzbekistan.

The excursion along and through Tashkent will be filled with pleasant surprises. The traveller or otherwise visiting guest will be pleasantly surprised by the beauty of historical and modern monuments. These include Abdulkashy-sheikh Madrassah, Chor-su bazaar, the Palace of the Romanovs, Opera and Ballet Theatre named after Alisher Navoi, Independence Square, monument of Courage, the museum of Temurids’ history, Tashkent metro, Museum of Applied Arts, Khazrat-Imam complex, Kukeldash madrassah, Tashkent TV Tower, Amir Temur square and the Old City are the must-visit sights of Tashkent in the first place. 15 kilometers from Tashkent in the village of Zangiata is the famous mausoleum of Zangiata, where one of the Muslim saints Sheikh Ai-Khoja, who lived in the XIII century, and his wife Ambar Bibi, was … Madrassah Kukeldash is located near the Chorsu bazaar in the historical part of Tashkent. Built in 1570, it was part of the ensemble of the main city square. The initiator of the construction was the … Christianity penetrated into the territory of Central Asia in the first centuries of our era due to the development of the Great Silk Road. Together with trade caravans, one of the most famous ancient… The former residence of Prince Romanov

One of the atypical monuments of Tashkent is the residence of Prince Romanov, built in 1891 by architect A.L. Benois and V.S. Heinzeltsman in the center of the city. This is a one-story mansion of Nik… Orthodox Chapel at the Kamolon Gate

A small dilapidated chapel is located in a residential mahalla not far from the place where the Kamolon Gate of Tashkent used to rise in the old days. (Not far from Sov. Khalklar Dustligi avenue, Sama… 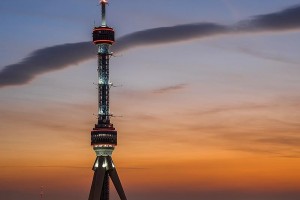 The Tashkent television tower is the tallest building in Central Asia. Its total height is 375 meters. The construction of the television tower began in 1979 and was completed in 1981. The unique proj… Tashkent Chorsu Bazaar, whose age is more than one hundred years, was also always located on the main square of Eski-Zhuva. Many eastern rulers, on horseback or on foot, passed through the centuries-o… 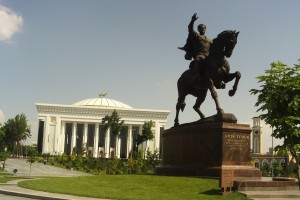 In the center of the square there is a monument to the famous commander and statesman of the 14th century, Amir Timur, who created a single centralized state on a vast territory from the Mediterranean… 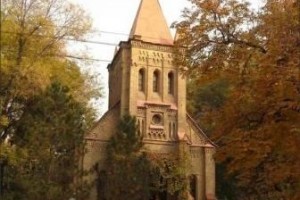 The German Kirche is the only Lutheran temple in Tashkent

On the street Sadyka Azimov, house 37, for more than a hundred years in the dense green shadow of century-old trees stands the Gothic building of the German Kirch.The German church or Evangelichesko-L… Mosque Minor-White mosque of the capital

In the new part of Tashkent, near the UzExpoCentre exhibition complex and the luxurious International Hotel, one of the new sights of Tashkent - the Minor Mosque - is located. It was opened on October… The memorial complex of the holy Sheikh Hovendi Tahur, who lived in the XIV century, consists of three buildings: the tomb of Khovendi Tahura (XV-XIX centuries), the tomb of Kaldirchovich-biya (15th c… Abu Bakr Muhammad ibn Ali ibn Ismail Al-Kaffal Al-Kabir al-Shashi lived on the planet more than a thousand years ago. But there is no person in modern Tashkent who does not know the respectful t…